The following guiding principles were applied to the Ground Ambulance Vehicle Standard as they were developed and maintained:

CAAS invited a broad-based committee of leaders in the ambulance field to represent the stakeholders of the industry and function through a consensus process. This committee included EMS manufacturers, providers and users along with safety experts, among others.

A transport ambulance vehicle is a vital piece of equipment for ambulance service providers throughout the country. Protecting the safety of patients, providers and the community through the development and administration of any national EMS vehicle standards is essential.

Ambulance Vehicle Standards have been historically promulgated by the Federal Government through the General Services Administration (GSA) purchasing standard KKK-A-1822F.  Originally published in 1974, the specification became the de facto general standard for the purchasing and manufacturing of ambulances through the United States, used by both public and private sector providers. The Federal Government originally indicated that it would no longer maintain the KKK Specification after September 2015.

About CAAS: CAAS is a nonprofit organization that accredits Ambulance Services in North America. CAAS has created standards for the operation of ambulance services, for both the public and private sector. These ambulance operating standards are highly regarded, and many states have adopted them for purposes of inspection and certification. The CAAS Standards are considered to be the Gold Standards in North America. More information at www.caas.org. 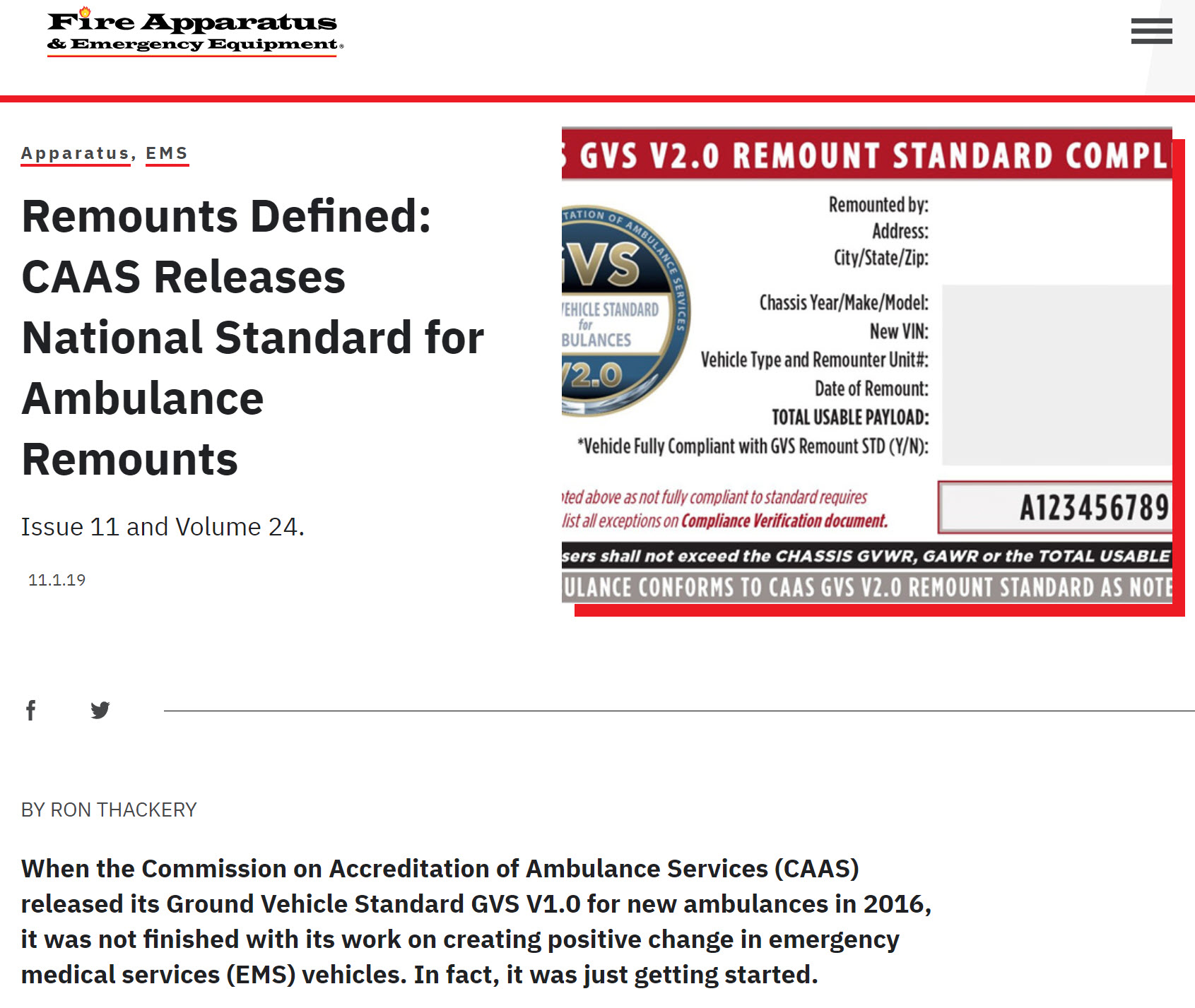